Through the eyes of a dog 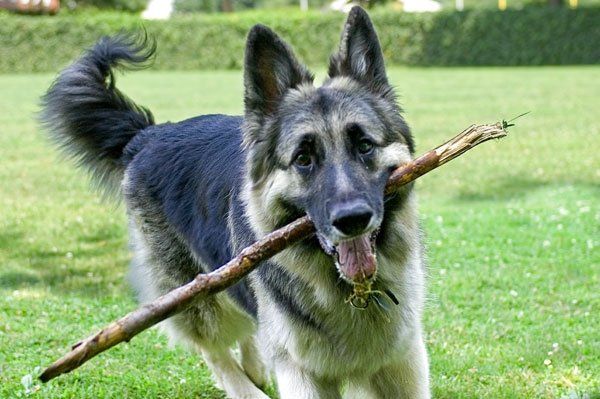 It's amazing at times what insight you can get at how an animal perceives the world. I discovered recently a peculiar perception Taedyn has of elevators. She apparently doesn't understand that its purpose is for transportation.

She likes to carry things, and will pick up a rock or stick on the way to the office and bring it inside. On this particular day she dropped the stick while we were waiting for the elevator door to open and didn't collect it again before we entered. When the doors opened on the 8th floor, she started frantically searching in front of the elevator. I think she truly thought the stick would still be there!

It then dawned on me that she doesn't realize that the elevator is transporting us up to another floor of the building, allowing us to skip the stairwell. She thinks it's just part of the ritual of entering and exiting the building. There is a window in the elevator to the outside, and I had tried showing her we were moving, but it doesn't seem to have registered with her.

It would also explain why she gets particularly fussy when she really wants to leave. It's like she's saying to me, "Lets just GO!! Lets just skip this silly formality of entering and exiting the little room, because it has no purpose! Lets just go down the stairs and get out of here!"

It probably causes even more confusion for her because you do need to go down a half flight of stairs to get to the exit of the building after using the elevator (yeah, not very good for handicap access, eh?). There are times when we do go down the stairs and she's been awfully confused as to why there are even more stairs instead of the exit.