Why is it inappropriate for men to watch My Little Pony? 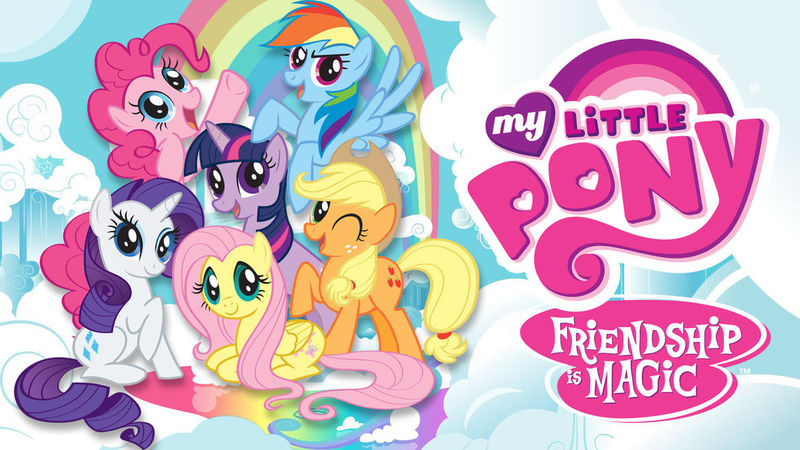 The latest version of the My Little Pony TV show actually isn't half bad. It's basically the Golden Girls with a dash of loony toons. It just takes looking past the fact that its My Little Pony in order to see that it's actually a decent show. It somehow ended up with a good idea with great writers.

So, if you didn't know, there is a huge adult community that loves the show, dominated by men. And there is a backlash by general society saying its fundamentally wrong for anyone who's gone through puberty to watch My Little Pony show - especially men. If a man watches the show and isn't repulsed with it, there is something wrong with them - and its quickly seen that something is wrong with them sexually.

The TV show isn't bad, and I have a low tolerance for shows. Even popular shows, I can't seem to watch them. Bones is shallow and forced characters. Doctor Who is so dumb (people are going to hate me for that one, I know). That 70's Show was like nails on chalkboard to me because they were always so mean to each other. Other TV shows seem so dry and mechanical. I'm saying all this to try to emphasize that it can't possibly be a ridiculously cutsie girly TV show if I can not only withstand it but gladly put on the next episode.

One reason given why adults like My Little Pony is because there isn't a lot of drama or violence, giving people a period of low stress while watching it. And they're right. I watch high stress movies and shows all the time; I seek it. But after watching a few episodes of MLP, I found I preferred watching another episode than to switch to one of my horror fallbacks. The show is just so soothing.

Another reason given for watching the show is that it's taught them how to function better in the world. I certainly understand that motive! I watch horror to try to figure out what is important in life. What is the boiled down raw vital reasons to live to another day. I LOVE The Walking Dead because every episode is exploring what is important to live or to die for. It's inspired me and given me understanding of the bare essentials to be motivated to live. I say all this to explain that it really resonates with me that people can watch a show so deeply because it is teaching them something. The average age of a My Little Pony fan is 20, and that makes sense because it is that age where you're trying to finalize your relationship with others - how to act, perceive the world, and identify critical aspects of a quality relationship with those who are close to you. And that is exactly what My Little Pony is all about. It's putting a normal everyday stressor on these characters and figuring out how to get through it while upholding the essential values needed in a quality relationship. If I need a TV show to guide me through why we live, I believe it is perfectly valid to value a TV show because it guides them through why and how to relate with others.

If the medium was an anime of human characters there wouldn't be such objection to post-pubescent people watching it. But somehow because the show has a cutsie feminine veneer does society sneer at anyone - especially men - willingly watching the show. Why do we so harshly judge "a book by its cover"?

Just because I like the show doesn't mean my tom boy card should be revoked.